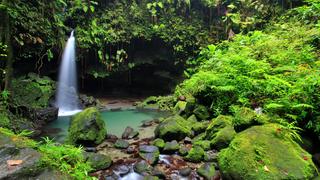 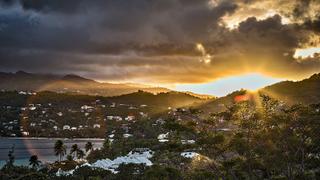 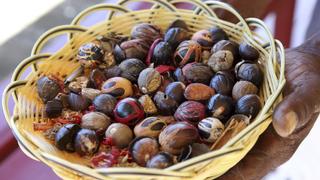 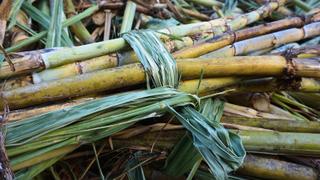 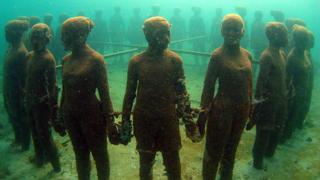 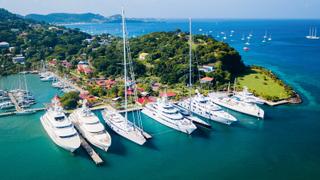 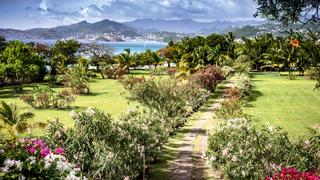 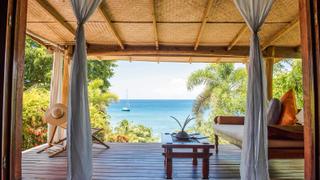 Spice up your life: Why Grenada is a recipe for superyacht success

South of the hurricane belt and blessed with rum, chocolate and welcoming locals, Grenada has all the ingredients for a memorable superyacht stop-off, says Sophia Wilson.

The streets of Grenada are paved in red, green and gold. Every Independence Day, villages compete to be named the most patriotic, daubing walls and pavements in the national stripe, and the resulting colour explosion remains all year round. Grenadians are fiercely proud of what the tones represent – red for courage, green for the verdant landscape and gold (more often yellow as gold paint is hard to come by) for wisdom and warmth. Despite this winning combination, however, political instability in the 1980s and a direct hit by hurricane Ivan in 2004 means Grenada has been slow to reach its touristic potential. But now the tide seems to be turning.

Sitting in the south-eastern Caribbean Sea, Grenada is considered to be below the hurricane belt. Although it was hit in 2004, the island escaped the destruction caused by hurricanes Irma, Maria and Jose, which ravaged many popular islands last year. As a result, many superyachts were forced to head south of their usual haunts and experience Grenada for the first time. More than 120 superyachts passed through Port Louis Marina, owned by Camper & Nicholsons Marinas, last season – including 83 metre Here Comes the Sun, 93.25 metre Mayan Queen IV and 78.2 metre Venus. This year looks set to be equally busy and it’s easy to see why.

Nicknamed the “spice island” of the Caribbean, its abundantly fertile landscapes are bursting with tropical fruit, avocados and nutmeg. The 348.5 square kilometre island is the world’s second biggest producer of the spice, behind Indonesia; a nutmeg pod even appears on the nation’s flag. It also plays a big role in its cuisine. You’ll find it in jams, sauces and (my personal favourite) nutmeg ice cream. Naturally, it is also considered a vital part of any rum punch. “If it hasn’t got nutmeg grated on top then it’s not a rum punch,” my guide Roger Augustine informs me on my first evening.

Equally important is the choice of rum and the island is also home to the oldest functioning water-propelled distillery in the Caribbean – the River Antoine Rum Distillery. Little has changed at the privately owned facility since the 1800s; the same waterwheel that was brought over by the British in 1785 still crushes the sugar cane. Walking around the place is like walking around a living museum, with workers still busy beavering away with ancient-looking vats and a wooden cart system to remove the disused husks of the cane.

The distillery still produces roughly 500 bottles a day, almost all of which is consumed in Grenada. This is partly due to Grenadians’ penchant for the brand – they refer to rum simply as “River’s” – but also because River Antoine’s standard brew is not allowed on aeroplanes since its alcohol levels mean it is considered a combustible liquid. Thankfully for visitors who develop a taste for the tipple there is a special “watered down” version, which is 69 per cent alcohol by volume (121 proof in the UK). I’m informed that locals drink it neat and that it’s hangover-free (owing to its organic nature). Unfortunately for my untrained palate, it tastes rather too flammable for me to properly test this theory.

As well as abundance on land, Grenada also has plenty to offer under water and is renowned for its wreck dives. “There are some really, really good sites and we are seeing more superyachts come in wanting to dive,” says Port Louis Marina general manager Glynn Thomas. “The big one that everyone knows about and wants to do is Bianca C.” Known as the Titanic of the Caribbean, the 180 metre cruise liner sits upright on her keel in 50 metres of water. She sank in 1961 after a fire caused an explosion in the engine room. Incredibly, there was only one fatality, partly thanks to local fishermen helping to rescue everyone else on board. Afterwards, locals also took the stranded passengers off the ship into their homes (an example of the natural hospitality that Grenada is renowned for). In appreciation, Bianca C’s operators gave the people of Grenada a bronze replica of the “Christ of the Deep”, which now welcomes boats into the Carenage inlet in St George’s.

A replica of the statue also sits within another of Grenada’s most notable underwater attractions, the Molinere Underwater Sculpture Park. Created by British sculptor Jason deCaires Taylor, it was the first of its kind when it opened in 2006. Sitting at a depth of less than seven metres, it is a great adventure for divers and snorkellers alike. The somewhat eerie statues include original pieces by Taylor such as Vicissitudes (a circle of life-size children), The Lost Correspondent (a man working at his desk covered in historical newspaper cuttings, including some documenting Grenada’s relationship with Cuba) and some newer additions. The sculpture park is fascinating and teeming with schools of jack fish but Thomas also recommends keen divers head further afield. “You could dive here for weeks and not visit the same dive site twice,” he says. “You can anchor in some of the bays, especially up on the west coast, and there are some really nice dive sites that are not that well known. In Carriacou there are also some absolutely amazing places.”

Less than 30 nautical miles to the north-east, the island of Carriacou is part of Grenada and its clear shallow waters and coral beaches are another draw for visiting superyachts. The rest of the Grenadine chain stretches beyond Carriacou, with the green turtles and pristine bays of Tobago Cays only a further 10 nautical miles north. “There are a lot of places where superyachts can go and be very peaceful and far away from everyone,” says Thomas. “It is unspoiled and it’s virtually unknown. Up in the Cays you still can go and find a beach with nobody on it and have a private barbecue.”

It’s not just the influx of superyachts that is giving Grenada a shot in the arm. Its luxury tourism market is experiencing a similar boom, with several new hotel offerings in the pipeline. The most notable is Silversands, which features an ultra-modern design and opened just before Christmas in 2018. Firm favourites such as Spice Island Beach Resort are also undergoing revamps to ensure they can keep up with increased demand.

British entrepreneur Peter de Savary has been highly influential in Grenada’s luxury market growth. The passionate yachtsman, who led Britain’s America’s Cup challenge in 1983, was responsible for the initial development of the Port Louis site. A former chairman of Millwall Football Club, he still owns much of the land around the marina, which is set for further development. De Savary also owns Mount Cinnamon resort at the quieter southern end of Grand Anse Beach. The main hotel is set up the hillside away from the beach and offers romantic views as the sun sets over the curl of golden sand. Its friendly atmosphere and charming staff have created a loyal following among regular returners to the island. Its beach club is a great stop-off for sailors in the know, serving up killer cocktails and locally sourced dishes, such as tuna tartare with seaweed and coconut oil. It also boasts a beachside massage cabana where you can hear the waves lap against the shore during your treatment. Opt for the Cinnamon Signature Massage, which uses cinnamon and nutmeg-infused oil.

Another popular stop-off for visiting superyacht guests is Laluna, owned by Italian former fashion consultant Bernardo Bertucci. The adult-only hideaway has a strong focus on health and wellness, with three yoga instructors permanently on hand and a stunning spa that was constructed in Bali before being shipped to the Caribbean. Bertucci is also in the process of completing seven private villas, which are for sale but will also be added into the rental pool. The Italian-style properties, all with breathtaking infinity pools, each come with a 12 metre berth at Port Louis Marina and access to all the amenities of the resort. “This property on the left was originally built for Lewis Hamilton. It has a recording studio inside for his girlfriend [Nicole Scherzinger],” he tells me. “Unfortunately, the couple split up so he ended up walking away from the project.”

The lively combination of glamour, luxury and local colour is what makes Grenada stand out from other Caribbean islands. And the yachting industry is very much at the heart of this passionate nation. As Barry Collymore, director Savvy Grenada, puts it: “The yachting industry flies the flag for Grenada around the world. We are different to other islands and it’s important that this is maintained. We want to maintain our Grenadianness.” With so much on offer for superyacht guests it’s time to head south to the island of red, green and gold.

?How to get there

Grenada is served from London Gatwick by British Airways. From ￡5,342 (first class).

Rustic Roaming: One week cruising from St Lucia to Grenada with Lady J

Voyage edit: the best beach bars in the Caribbean

Connect With Us On

Back to previous page